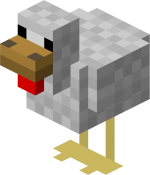 Chickens are passive mobs that first appeared in Alpha mode. The main purpose of chickens is to supply feathers, Raw Chicken and eggs, essential for Arrows, food and Cakes, respectively.
They appear very small, with white feathers, and a yellow bill. 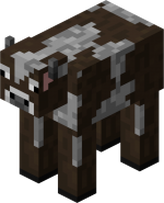 Cows are passive mobs that are the sole source of leather,Beef, Steak, and Milk. They stand 1.6875 blocks tall and are 0.625 blocks wide and 1.5 blocks long 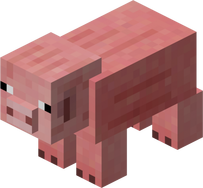 Pigs are passive Mobs that provide the quintessential Porkchops that sustain many a player and are a renewable source of Food in the Overworld. They stand 0.875 Blocks tall, 0.625 blocks wide and 1.25 blocks long. 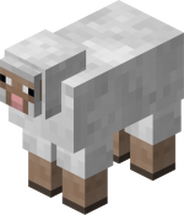 Sheep are passive Mobs that supply wool when shorn or killed and can Be dyed with any of the 16 colors before shearing to produce colored wool. Sheep naturally spawn in the following colors: white, black, gray, light gray, brown, pink and green. 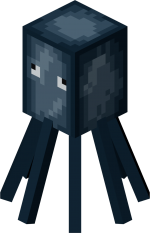 Squid are 8-armed Mobs that spawn in water. Squid are always passive towards the player, akin to the other passive mobs found on land. They can be found in water of any depth, in any biome, and spawn on any difficulty.